Watched this one again, this time on blu-ray! 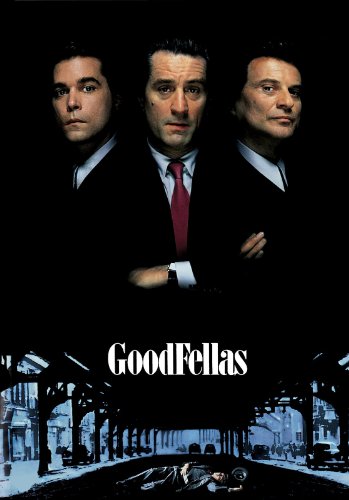 Goodfellas is based on the true life story of Henry Hill, a former member of the New York mob.

Goodfellas starts with a young Henry (Ray Liotta) growing up working for mob boss Paul Cicero (Paul Sorvino), first as a porter and errand boy and eventually one of the leading members. We meet other mob members Tommy and Jimmy (Joe Pesci and Robert De Niro, respectively) and the three have differing experiences with the mafia lifestyle. Life changes for all of them after a particularly large heist.

Some of the most dedicated followers may know that I consider Goodfellas my favorite movie of all time. My above plot synopsis doesn’t do the film much justice, it doesn’t touch on any of the characters, the humor, the dialogue, the violence, the allure of the mafia, the directing, the soundtrack, the acting…I…